Two Lawyers Walk Into A Bar. And Get Kicked Out For Being Black. 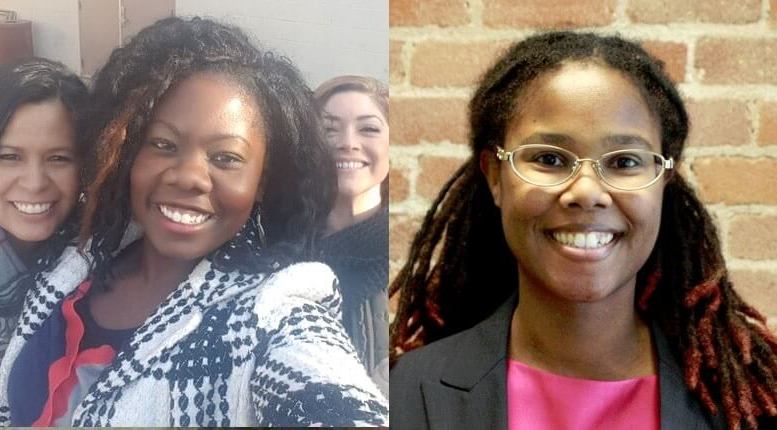 ACLU lawyers are used to taking on injustice and speaking out on behalf of our clients. This time the discrimination happened to us.

We began the evening on a quest for a good karaoke night, and went to a bar called Brig. After waiting for more than half an hour to sing, we started to wonder when our number would be called. We planned to sing a hip hop and R&B hit from the ’90s — TLC’s Waterfalls.

But before our song was called, a bar employee came up and said we had to buy drinks to sing karaoke. Another bartender lunged at us within inches of our faces and shouted “Buy drinks!”

Our group of three had already bought two drinks. But it quickly became clear to us that we were unwelcome in the bar.

A second bartender — a very tall and large man — shouted louder and louder that we were loitering and that the bar wasn’t a hangout place. Over and over again he pushed his body up against Abre’ — who is just 5’4” tall — to force her out of the bar.

After Abre’ repeatedly resisted, saying, “Don’t touch me,” he shouted that he was calling the police and stormed off.

An off-duty server came over to try to smooth things over. We explained that we’d been removed from the karaoke list before we were even told what the rule was. We explained that several other people in the bar didn’t have drinks in their hand. She said the rule was just about business but showed no interest in enforcing it against anyone else. Instead she tried to convince us to leave. We pointed out that the bar staff was only using the rule against us and we seemed to be the only two Black people in the bar.

But the server yelled back, “It’s not fair for you to bring up race!”

Of course it’s fair to bring up race.

Let’s recap. Four white employees at a bar in Fresno called the police to kick out two Black women (who happen to be ACLU attorneys) and who appeared to be the only Black people there.

These kinds of signs have been illegal in California since the Unruh Civil Rights Act in 1959 and nationally since a 1964 U.S. Supreme Court ruling outlawed segregation.

When the police arrived, several customers explained to the officers that the bar staff were enforcing the rule against us only. Some told the police that a one drink rule did not exist. Others even tried to buy us drinks. But the bartenders wouldn’t let them.

And still, the police forced us — two Black women in the bar — to leave.

The bartender and police claimed to be exercising the business’ supposed “right” to refuse service. This sounds too much like when the country still had “colored” sections and racially segregated water fountains. But this happened in March 2016.

Businesses actually do not have a legal right to refuse service to anyone or treat people differently based on race.
Since a 1964 U.S. Supreme Court decision, it has been clear that federal law prohibits businesses from discriminating on the basis of race. This case confirmed that a restaurant in the segregated Deep South could not refuse to serve Black patrons. And that ruling’s legacy means that, today, it’s against the law for a bar in Fresno to force us, two Black women, to leave over a one drink rule that the bar only applied to us.

California’s anti-discrimination laws are even stronger. The California legislature passed the Unruh Civil Rights Act in 1959 to protect people against discrimination by businesses. Under this law, businesses in California cannot refuse service or entry on the basis of race and other protected categories.

That law has been in place since 1959. And yet, in 2016, this state law was violated by the four white employees at the Fresno bar and by the police officers who allowed themselves to be tools to enforce private prejudice.

Privilege often blurs the blatant issues of race right in front of our eyes.

We’re not the first people that this has happened to. But let’s be clear — no business can kick people out just because they’re Black.